So many people have asked me how I came up with my son's DIY Beetlejuice costume, so here it is!
One morning my son woke up with really wild bed head.
My husband said he looked like Beetlejuice.
A light bulb went off in both our heads
and thus we decided he should be Beetlejuice for Halloween.
A few months later and I couldn't find a suit that didn't cost less than what I wasn't willing to spend.
It's tough to find a 2T suit without dropping a pretty penny on it.
Luckily he already had a suit,
but I wasn't about to paint it.
After brainstorming, I knew I could use masking tape to make it work.
Yes, that's right, masking tape.
I mean why not, it already has the dirty white look.  It's perfect.

So this is how I made a Beetlejuice costume with only spending $5 for face paint....
Suit, we had... although you can usually find one at thrift stores
for under $50 AND use it for other occasions as well.
Masking tape is approximately $2 a roll.  I already had some at home.
I taped off the lines and tucked the ends of the tape on the inside of the coat and pants.
The sleeves overlap each other, except at the top.
He already had a white button up,
but you can find one of those at a thrift store as well for little to nothing.
Now for a black tie.  I almost forgot about buying one so
I found an old black T-shirt of my hubby's and cut it in a shape of a tiny tie.
I left the ends ragged to give it that "dead" look.
Again, you can usually find one of these at a thrift store for cheap.  If not, order online!
He already had his black shoes as well.
I paid $5 for the face paint and painted his face as close to Beetlejuice as a 2 year old would allow.
I did leave the paint away from his eyes to give him that
more white eyed look since his eyes are so dark already.
Finally, his hair... You could buy a wig, but if your child has hair that's long enough,
just take some hair spray and spray their hair while you hold it straight out.
And thus you have.... 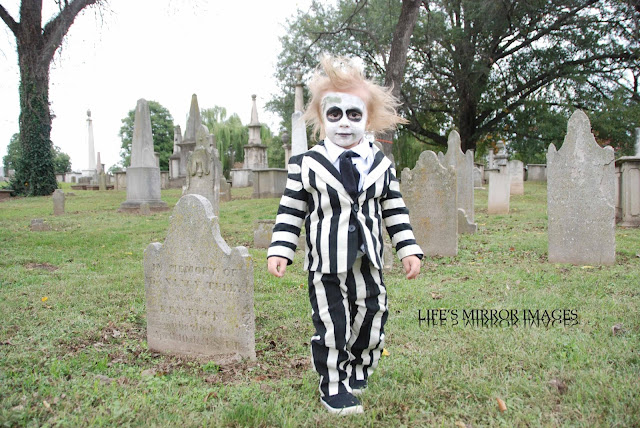 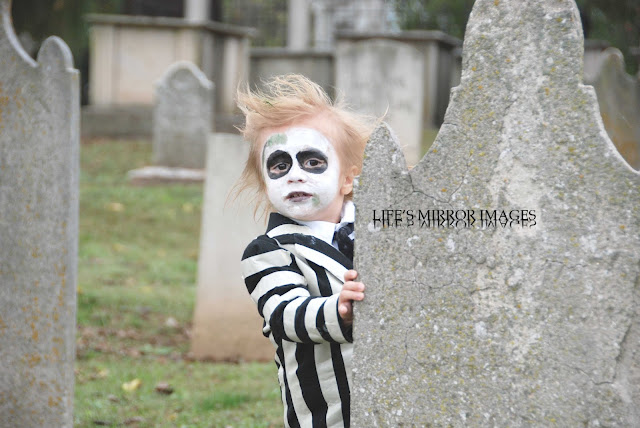 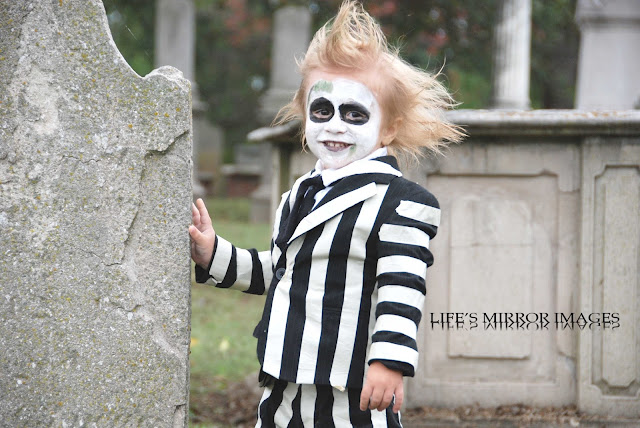 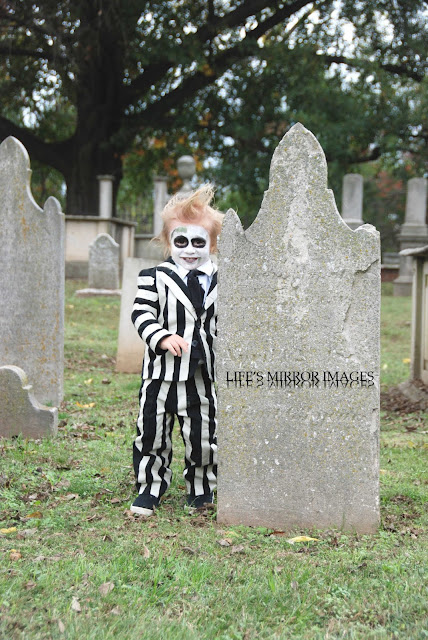 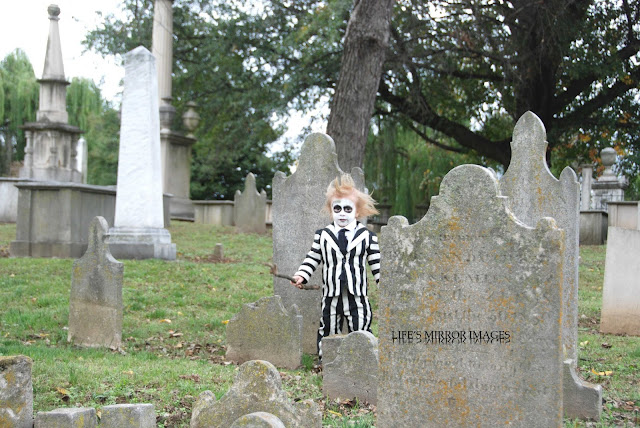 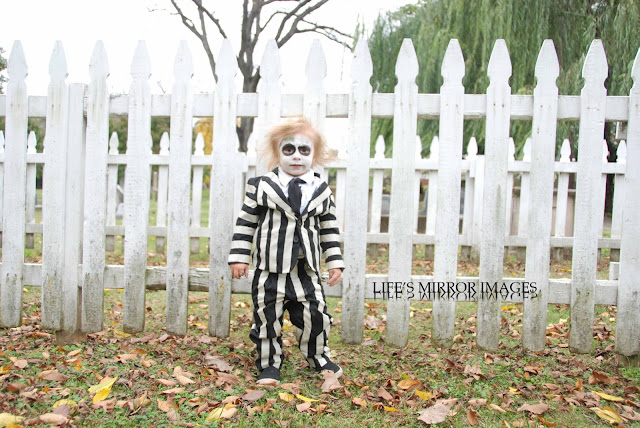 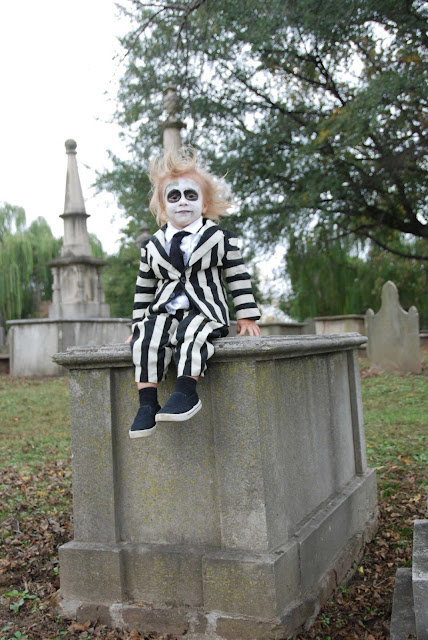 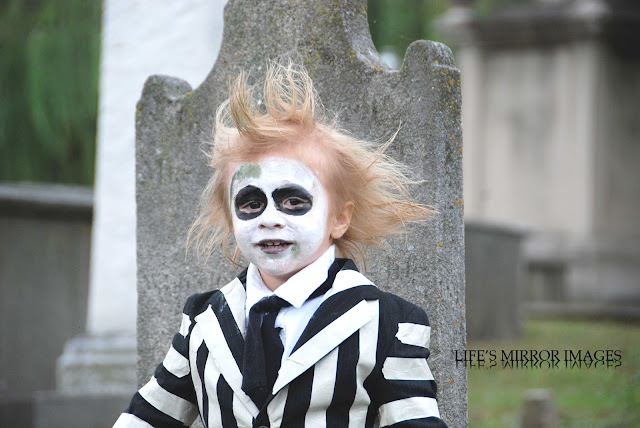